What's the difference between the Orthodox and the Catholics? 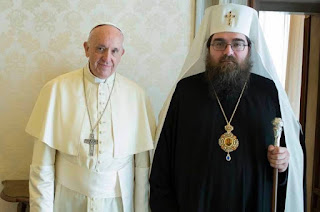 A friend of mine recently asked me the difference between the Roman Catholic Church and the Eastern Orthodox Church. I figured one of  the best resources on this subject is from Ancient Faith Radio. Here is a link to Orthodoxy or Heterodoxy podcasts:


This is the best comparison between Roman Catholicism and Eastern Orthodoxy I've ever heard!

It's worth the listen!
comments! Jim posted on Sunday, March 29, 2020 No comments: Links to this post

Vespers ~ Exaltation of the Holy Cross!


It's been eons since I've posted and I bet some of you thought I was dead! Well, I'm still hear and I am still making my way to Orthodox Services. Here is a homily by Father Gary which I thought very good. I hope you enjoy!

comments! Jim posted on Tuesday, September 18, 2018 No comments: Links to this post

My First Forgiveness Sunday Vespers and How God Tricked me into Fasting!

I have been attending an Orthodox Church for six years now and, until last Sunday, I have never been to a FORGIVENESS SUNDAY VESPERS. To be sure, I was reluctant in the past because, although I've been at my parish half a decade, I really hadn't formed close ties with a lot of them until recently -attending the DEACON DISCUSSION group helped in that regard - and the thought of kissing a bunch of strangers while I bowed downed before them,  asking their forgiveness, didn't sit too well with me. It would feel...awkward.  But, this year I felt emboldened to go.

My parish cheats because, although it is a Vesper's service (which should be in the evening,) Fr. Gary holds the service immediately after Divine Liturgy. I can tell you singing, Now that we have come to the setting of the sun,... before I've even eaten my lunch is a bit disconcerting. But, Fr. Gary believes that he will get more participation if he holds the service after the Liturgy. Many in our parish are older and traveling at night is difficult for them so I'd say Fr. Gary made a good call.

The service was beautiful! I admit, I was struck with all the humility being shown in offering and receiving forgiveness from each other.  It was hard not to "choke up" as the process continued. Okay, I was crying but I tried really hard to fight it! It was especially a blessing to bow before my friend Marko, who, besides being a good Facebook friend, is also someone I especially like talking to in person. His humility when discussing the faith is an example to me. I threw in a bear hug with him at no extra charge!

But I wouldn't be me if I didn't have an awkward moment.  As we progressed down the line of forgiveness, I stood before TJ, the altar server who looks to be around 8 years old. Me, being the adult, TJ waited for me to start so I said, "Hey, kid, forgive me," and then kinda waved at him. Years in my protestant parish as a children's worker and all the training they give you that you NEVER touch a kid, kicked in. TJ stared back at me like I was nuts and he would be right! I gratefully moved on to the next person.  Maybe next year, I'll be less awkward. :)

Forgiveness Sunday is a precursor to Clean Monday and that is the day for total fasting. Now, normally, that would be a very difficult thing for me to do. Not eat anything all day, are you nuts? But weeks ago I had scheduled a very overdue colonoscopy for Tuesday February 28th which meant that the day before, Monday, I would not allowed to eat anything (except for a horrid concoction made by the devil himself- those of you who have had a colonoscopy will know what I am talking about,)  It wasn't until a few days ago that I realized that my preparation for the procedure would fall on Clean Monday. So, even though I really wouldn't have considered a total fast for that day, God made sure I'd fast anyway. Well, played, my Lord!

That being said, I hope to participate in the Lenten Fast so that Pascha will be especially blessed!  I am glad I started out this Great Lent with Forgiveness Sunday and may God grant us all a time of Spiritual growth as we journey towards Christ's Resurrection.

Forgive me, a sinner!

Cancelling out NASHVILLE during Prayer Time. 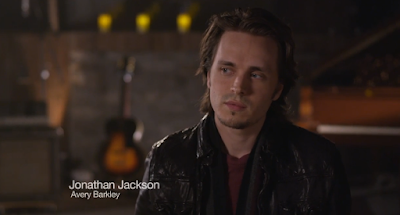 I started binge watching  the CMT show, Nashville a few weeks ago and I really love the story lines (I know; it's just a soap opera- don't judge me!) and I absolutely love the music. I started watching the show because I had heard that the very, Orthodox Jonathan Jackson was in the show. (Below is a video that firmly establishes Jonathan Jackson's Orthodox street cred.)

As I said, I  really enjoy the show, although it may not be everyone's cup of tea but I love the music.  But sometimes you can overdo things with music. I had been listening to so much NASHVILLE music that in my prayer time this morning, I couldn't get the background noise of my mind to quiet down. There I am sitting in my chair. ( I know, I should be standing) and the song from the show, LOVE LIKE MINE won't get out of my mind. Now it's hard to confess your sins to Psalm 50 with a country music soundtrack playing in the background, so I re-started Psalm 50 but the NASHVILLE music just wouldn't leave.

I figured to get that song out of my head, I would turn on Ancient Faith Radio and recite the Psalm with the chanting to quiet my soul. I was hoping that the chanting would be in Slavonic or Greek so that I wouldn't be distracted by the English in the chanting. But, I thought I'd take my chances. Better to be distracted by English chant than a country music break-up song.

I plug in my earphones. Here's hoping for Slavonic! Nope, it's English. Oh, well. Wait, what are they saying? It turns out I had tuned into Ancient Faith Radio just as the Monastery Choir of St. John of San Francisco was chanting - you guessed it - Psalm 50. And I had caught it at the beginning. So, as the choir chanted, I just followed along in my prayer book. It was a beautiful experience and helped me focus on the rest of my prayer time.

After my time of prayer, I thanked the Holy Spirit for helping me get back on track and I thanked St. John the Wonder-worker for his intercession.  I rely upon his prayers a lot! Okay, now I've got to go and buy that song! I hope it's on Itunes!

Have a blessed day!

Post Script:  I know it's been months since I've blogged or podcasted. I had just got burnt out on it and needed to take a break. I don't see myself podcasting again anytime soon but I hope to start up blogging again. 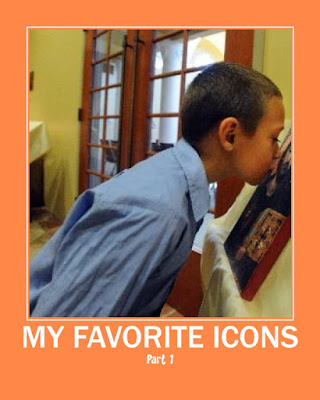 There's still time to include YOUR favorite Icon on the next show....call this voicemail and leave a message, telling us about your favorite Icon

comments! Jim posted on Thursday, September 08, 2016 No comments: Links to this post

What are YOUR Favorite Icons? Leave a comment below and let us know!
comments! Jim posted on Thursday, September 01, 2016 No comments: Links to this post

Episode #12 ~ Just Checking in and Asking a Favor


https://www.youtube.com/watch?v=ZXsQAXx_ao0
comments! Jim posted on Wednesday, August 24, 2016 No comments: Links to this post 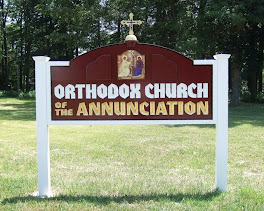 This is the church I attend!

Hey, look how many hits I got!